Otto Heinrich Louis August Dempwolff (1871-1938) was a German linguist who became famous for his research into Austronesian languages. He started as a physician and soldier, but later found a path to studying languages in Africa and New Guinea. His work is still used today. Let him speak for himself (translated from German): 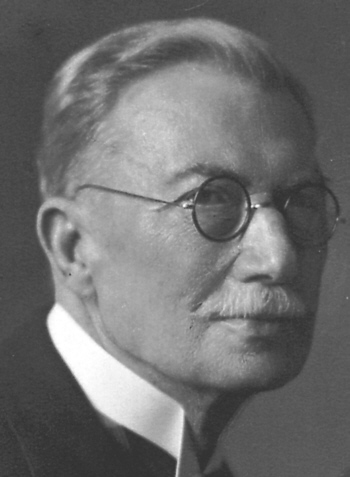 As can be seen from the biographical form, I worked as a doctor until I was 40 years old, mostly in the German colonies; in addition, I had increasingly occupied myself with ethnographic and linguistic research from year to year.

When I retired as a military doctor in 1911, I devoted myself entirely to the study of linguistics, especially the study of native languages. Already in the last years of my colonial service, Professor Meinhof had become my honored teacher in oral and written communication; mainly under his leadership, I continued my language studies from April 1911 to September 1913 at the Hamburg Colonial Institute.

During the three semesters of 1912, 1912/13, and 1913 I was given teaching assignments for African and South Seas languages ​​at the Colonial Institute.

In the autumn of 1913 I undertook a trip to the South Seas to gather new language material among the natives there.

The war interrupted this activity and took me back to Germany in the spring of 1915. Here I was deployed partly in the field and partly at home as a medical officer in the army, but was also able to continue my linguistic studies at least partly, e.g. 1917 in the prison camp in Ruhleben.

After my discharge from military service, I have been employed as a research assistant at the seminar for African and South Seas languages ​​since February 25, 1919, so that my official work goes hand in hand with my activity as a private lecturer.

6. Activities in addition to academic: Scientific assistant at the seminar for African and South Seas languages, Hamburg Feb 25,1919.

9. Academic honors: Title of professor awarded by the Hamburg Senate on May 31, 1918.